Homerun Nievera, Edusentro | I recently read an article on the Wordfence blog about this 11-year old kid who hacked his way to third place in a conference hackathon. First off, our company’s network of blogs uses Wordfence as our primary security defense against hackers. As publisher, I get the usual newsletters from them and this particular post intrigued me.

The Wordfence team recently sponsored and attended WordCamp Atlanta, Georgia. As a gimmick, they did a Capture-The-Flag or CTF contest. It’s really a hacking contest wherein there’s a series of puzzles that contestants need to solve. They include a lot of techie stuff such as decrypting an encrypted piece of text, performing a challenge involving a browser and website, or hacking into something they set up. The objective was to help WordPress site owners learn to think like hackers so they in turn can defend their sites better. The CTF was made very accessible so that people with a wide range of abilities could participate. And thus, the 11-year old kid codenamed “Unstoppable” entered the contest. Eventually, Unstoppable landed third place.

So here’s what interested me the most. If an 11-year old learns to hack informally from home (or school), this kid would be a very good security researcher someday, right? And only through activities like these are kids allowed to discover their true potential.

There’s a course called Ethical Hacking and it’s usually given on post-grad or through special certification. This, I believe should be taught early in senior high school  as part of the Tech-Voc curriculum. This present a lot of opportunities especially in the Philippines where the likes of global hackers (remember the I Love You virus?) reside or are trained. It’s also a good way of training security and cyber defense specialists from home where someone can actually bring down the world with just a PC. Think about it. Maybe EdUsentro can help in this endeavor as well.

In the meantime, here’s to share some photos from the WordPress event, including “Unstoppable” who was awarded his prize. 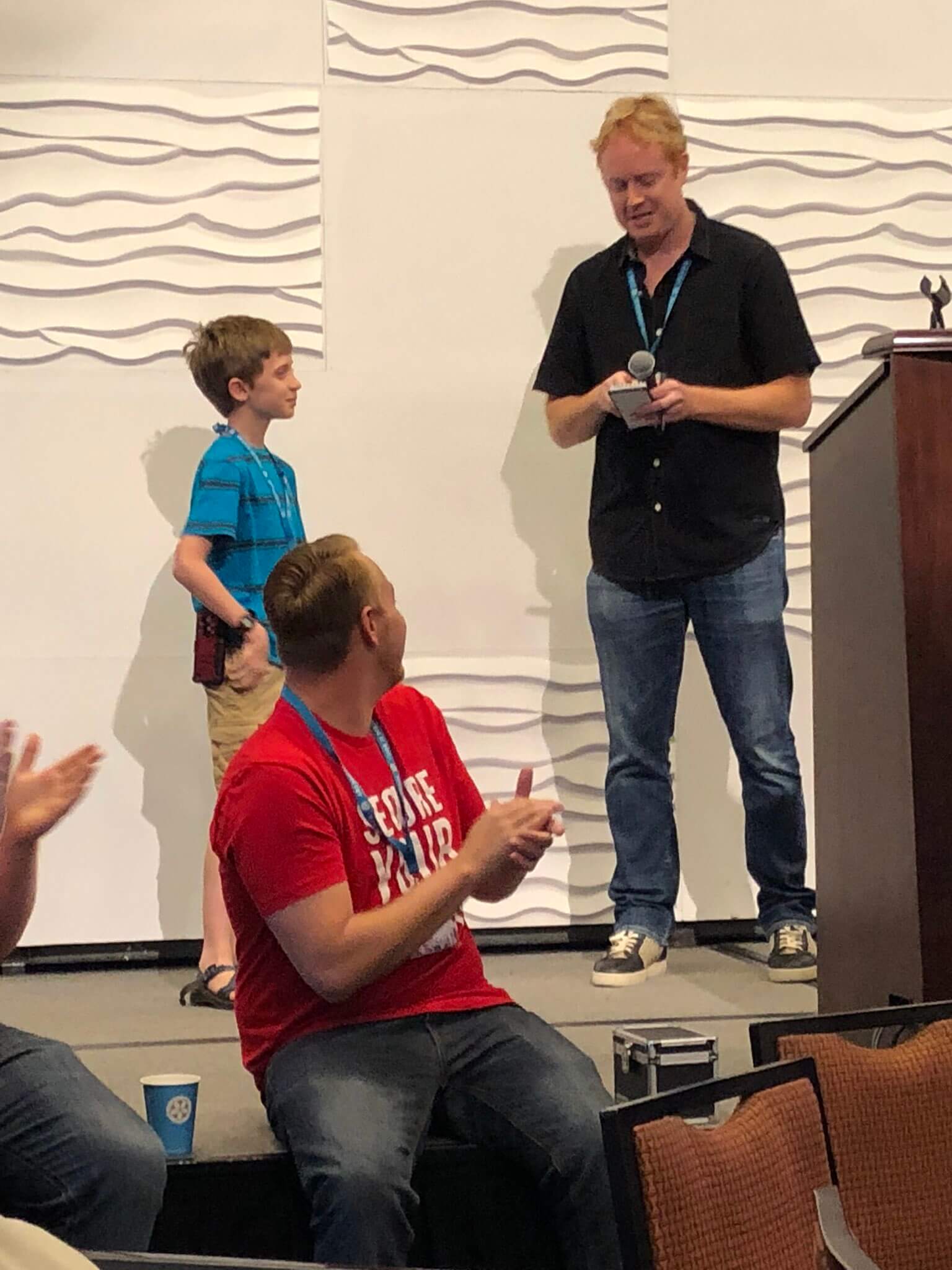 This is a photo of Tim Cantrell from the Wordfence team teaching a group of kids about cyber security at WC Atlanta. On his right is Matt Barry, our CTF designer.

You can send free courses as contribution to our roster of lifelong learning tracks. Though they will still be evaluated, you shall receive feedback from us. we accept courses on any subject and any level. Email us at icontribute@edusentro.com.

As a free platform that continuously needs improvement, we seek your support in any form or manner. Please do email us at isupport@edusentro.com and we will respond to you accordingly. This early, we thank you for your support!

ABOUT US
Edusentro is a venue for lifelong learning through digital distance education. Established as a free platform, the site seeks to be an enabler for people who look at education as a key ingredient to freedom. More inquiries? Email us at info@edusentro.com.
FOLLOW US
© Copyright Edusentro.com 2014
MORE STORIES