In 2006, Google engineer Chade-Meng Tan decided he no longer wanted to feel like a cog in the great machine, and set out to create a program that would train people to be more mindful in their lives. This wasn’t some Kumbaya moment; Tan’s ambitious course would train people to become more aware of their emotions, more compassionate toward others, more able to build sustainable relationships, and, ultimately, able to contribute to world peace. Or at least peace and harmony in the workplace.

Tan, who joined Google in 1999 as the company’s employee No. 107, assembled a team that included a few consultants, aStanford scientist, and Marc Lesser, a zen teacher with an MBA and entrepreneurial experience. The first “Search Inside Yourself” two-day course was taught to Googlers in 2007. It wasn’t long after that the influential curriculum led to Tan’s appointment as Google’s Jolly Good Fellow. His position requires him to “enlighten minds, open hearts, create world peace.”

An estimated 1,500 Googlers are expected to go through the training this year, while thousands wait for future open seats. In 2012, Tan and his team decided to make the course available to organizations and communities outside of Google. So the Search Inside Yourself Leadership Institute (SIYLI) was launched as a nonprofit, while Tan’s book,
Search Inside Yourself, became endorsed by the Dalai Lama and former President Jimmy Carter.

“I generally describe Search Inside Yourself as a leadership program that uses the tools of mindfulness and emotional intelligence, and that it’s based in science,” says Lesser, who has become CEO of SIYLI. “The basic structure of the program uses the five components of emotional intelligence: self-awareness, self-regulation, motivation, empathy, and social skills—or, as we call them, leadership skills.”

Since the initial curriculum was developed specifically for Google’s engineers, it needed to be taught in a completely straightforward, secular language, explains Lesser, because scientists and engineers are typically skeptics. The course focuses on what’s happening in the brain when you’re having certain thoughts and feelings, and encourages reflection rather than reaction. You’re able to master emotions and think calmly and clearly, become a better listener, and pause before acting.

Peter Bostelmann, a program engineer at the time forSAP, was inspired by Tan’s ability to bring personal development work to the corporate world, and signed up for a course in December 2012. After his training, Bostelmann was convinced he needed to do the same thing for SAP that Tan did for Google.

“For me, mindfulness is a private matter, and this course helped to integrate it . . . to bring it all together and apply it to the business world”—such as what happens when you’re having a difficult conversation with someone in real life, explains Bostelmann. “Specifically in the software industry, we’re in this constant change of the paradigm of the industry. [The program allows people] to handle change in a more skillful way so that you can navigate yourself as a human being and an employee and a leader to understand what’s going on in [yourself] and what’s going on with [your] team.”

Bostelmann began talking to executives about teaching the course to SAP employees, but many of them were unsure if the company was ready, especially since SAP has a more conservative culture compared to Google. 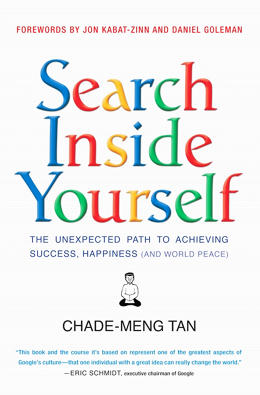 So, Bostelmann brought Tan in as a guest speaker, and was amazed by the responses he received. SAP’s executives agreed to a pilot course in the summer of 2013, which turned out to be a full class. Today, 400 employees have completed the course in the U.S. and Germany, and 800 are on the waiting list. Last year, Bostelmann was appointed SAP’s director of mindfulness.

He says SAP employees who have taken the course report feeling less stress and higher productivity, even six months after taking the program. A colleague even told Bostelmann that the course has had a “deep impact on his marriage” because he’s learned how to listen in a different way.

“It’s not that we’re all becoming only peaceful and happy; I think this is one of the misconceptions,” says Bostelmann. “It’s about becoming more aware and the capacity to recognize yourself, so if something happens, you become more aware. Whenever I am confronted, I am becoming more clear in what’s happening and how I want to respond.”

“I was just a regular program manager. As a consequence of the Search Inside Yourself course and me bringing this to SAP, I created my own role. I don’t know anyone else who is a director of mindfulness,” he says.

“Emotional intelligence” has been a buzz-phrase in the corporate world ever since Daniel Goleman made the term popular in the mid-1990s. While some remain skeptics to EQ as an indispensable ingredient, Lesser explains that the workplace is becoming more and more about how people are working together, and EQ skills are needed for successful collaborations.

It’s true that no one likes change, but if two days and a few weeks of a “practice period” is how Google turns all its doubters into do-gooders and loyal employees, self-awareness and mindfulness training might be something other companies should seriously think about.

San Pablo Colleges, Inc. gets AHEAD with the help of Globe

You can send free courses as contribution to our roster of lifelong learning tracks. Though they will still be evaluated, you shall receive feedback from us. we accept courses on any subject and any level. Email us at icontribute@edusentro.com.

As a free platform that continuously needs improvement, we seek your support in any form or manner. Please do email us at isupport@edusentro.com and we will respond to you accordingly. This early, we thank you for your support!

ABOUT US
Edusentro is a venue for lifelong learning through digital distance education. Established as a free platform, the site seeks to be an enabler for people who look at education as a key ingredient to freedom. More inquiries? Email us at info@edusentro.com.
FOLLOW US
© Copyright Edusentro.com 2014
MORE STORIES

This Creative Prompts Will Make You a Better Content Marketer